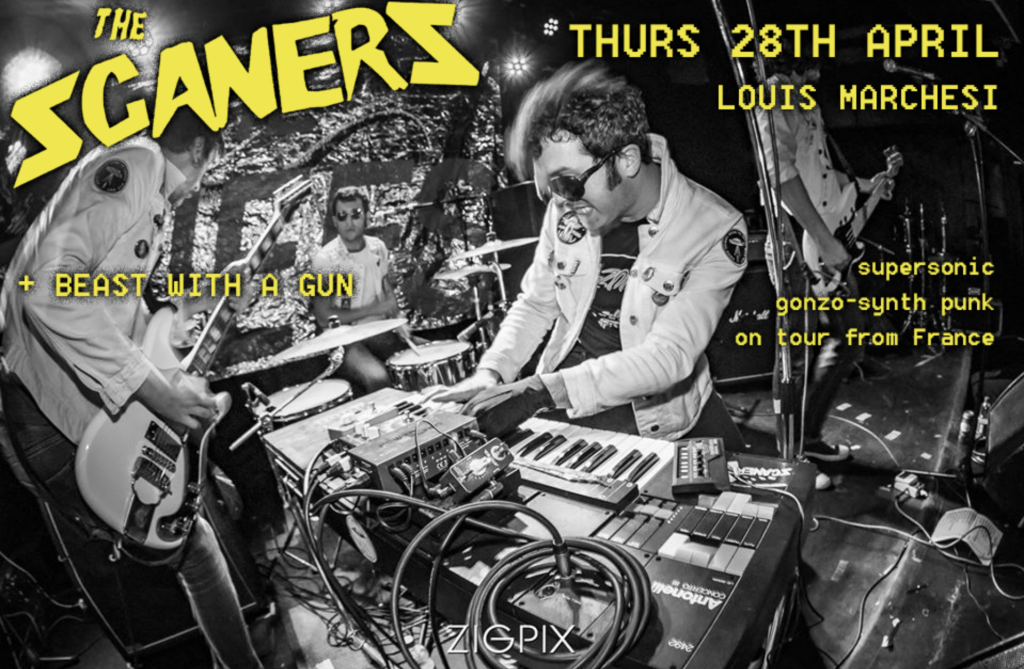 The Scaners & Beast with a Gun

THE SCANERS from France stopping in Norwich on their UK tour!

Punk 2077 from Lyon, France – Supersonic gonzo-synth punk – Intergalactic swirling garage rock’n roll spaceship – Soundtrack for UFO pilots and weird aliens. Since 2016 they put on 2 albums, 3 seven inches and appear in several compilations. The new LP is out on Dirty Water Records from London. The touring invasion happened in western Europe first, and recently in the USA, playing festivals like Funtastic Dracula Carnival (Benidorm), Freakout Fest (Seattle), Gambeat Weekend (Barcelona), SWS Summer Fest (London), La Ferme Electrique (Fr), Aucard de Tours (Fr), Rockerill Festival (Be), Born Bad Records 10 years fest (Lyon) and many other. They are just coming back from a tour with The Briefs and from the USA.Take the ride on the spacecraft.

Support from BEAST WITH A GUN

After 10 years of the previous Beast with a Gun lineup, this will be the first gig with a line-up shake-up featuring Lynch Watson back on guitar and Burt back on drums. Possibly even featuring some 60s organ from Sir Pigmeat Johnson. Expect some raw garage blues trash!