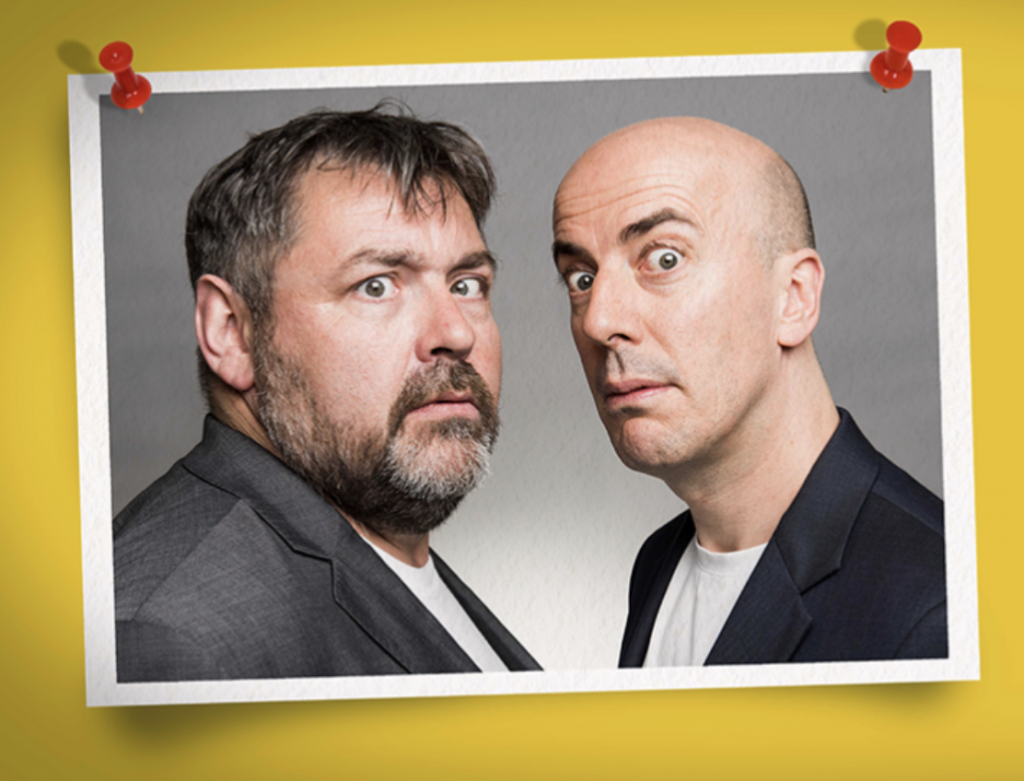 The Nimmo Twins: Holt? Who Goes There?

“Who else can you leave you as breathless with laughter as The Nimmo Twins?” Eastern Daily Press

“Tickets for their shows are like gold dust.” The Independent

In the second of the twenty-fifth anniversary shows, The Nimmo Twins (Owen Evans and Karl Minns) return with their first brand new show in six years. Can the Nimmos ring laughs from global catastrophes like the retirement of Stewart White? Will they make you feel better about local government, NCFC, small-minded locals and big-mouthed Londoners?

Probably not, but face facts: you’ve been indoors for the best part of two years and a different chair for two hours will probably do you good. Featuring She Go, The Council, Billy Boy, Anne, Tom Bland as well as brand new characters that they’ll name after obscure, thinly populated North Norfolk armpits, the Nimmos promise sketches, songs, monologues and contemporary jazz ballet. (Knees permitting) Book early to ensure a feeling of smug superiority over those who h’int.