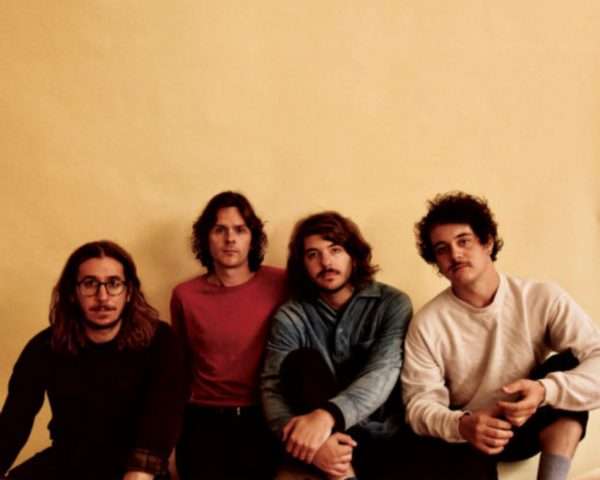 The Districts are an American indie rock band whose work embraces the organic sounds of classic rock and indie folk while incorporating a more adventurous side that recalls alternative rock of several eras, ambitious pop, and noisy experimentation that grew more eclectic with the passage of time. The rootsy and more direct era of the Districts’ music was documented well on their 2014 debut Telephone, while 2017’s Popular Manipulations found them in a more energetic and experimental mood, and 2020’s You Know I’m Not Going Anywhere reflected a cooler and more layered sound, with keyboards playing a bigger role in the arrangements.

The Districts are a four-piece indie rock band from the small town of Lititz, Pennsylvania. The group formed in 2009 while members Rob Grote, Mark Larson, Connor Jacobus, and Braden Lawrence were still in high school. The prolific young band released their first EP, Kitchen Songs, in 2011, followed by Telephone, their debut full-length, the following year. The Districts’ second EP, the more acoustic-leaning While You Were in Honesdale, was released in late 2012 and the band continued to perform regionally. Their mix of jangly indie Americana and blues-inspired rock caught the attention of Mississippi’s Fat Possum Records, which signed the Districts in 2013.

In January 2014, Fat Possum issued the band’s self-titled third EP, which contained three remastered songs from the Telephone album along with two newly recorded tracks. Just over a year later, the Districts returned with their second album, A Flourish and a Spoil, which marked the debut of guitarist Pat Cassidy — Larson had opted to go to college — and was produced by John Congleton. Returning in August 2017, the Districts issued Popular Manipulations, which was partly self-recorded and also featured more production work from Congleton. Keith Abrams, who engineered Popular Manipulations, co-produced the fourth album from the Districts, 2020’s You Know I’m Not Going Anywhere, in association with the band, while Dave Fridmann mixed the material. The result was a creative detour for the band, showcasing a cooler sound with a greater reliance on synthesizers.