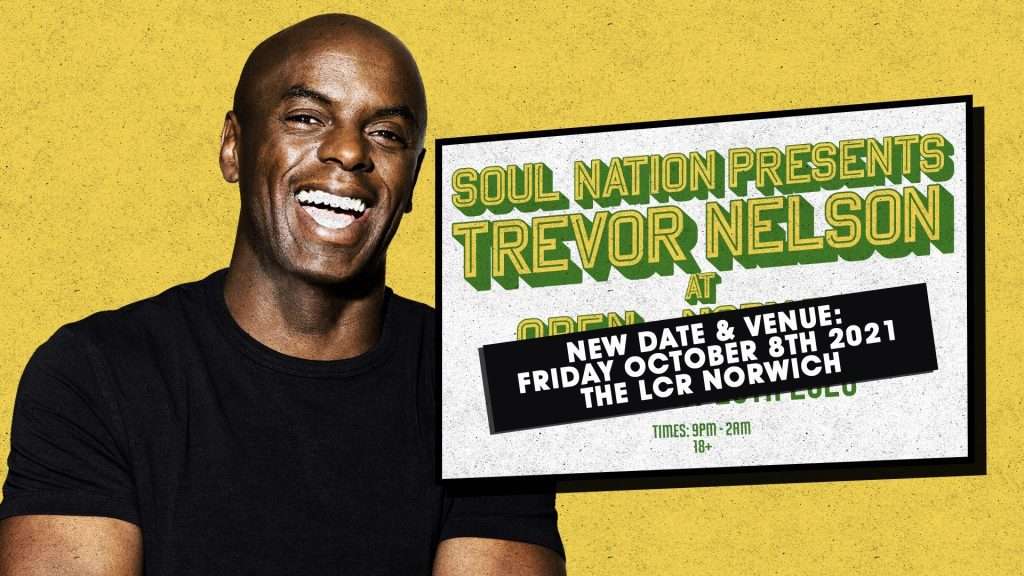 The UK’s best old school party is returning to Norwich

After a sold out parties in 2019 and of course Covid 19 in 2020… there’s been an overwhelming response with a huge demand for Soul Nation and Trevor Nelson to return to Norwich.

Trevor Nelson (MBE) started out at then pirate station Kiss FM, he then went on to A&R artists such as D’Angelo and in 1996 helped pioneer the scene into what it is today. He presented the first national R&B show on BBC Radio 1 and has continued to host weekly shows on BBC 1Xtra since and of course now hosts his daily Show on BBC Radio 2; one of the most popular in the UK.

So come boogie on down and have the best night out in town this autumn!