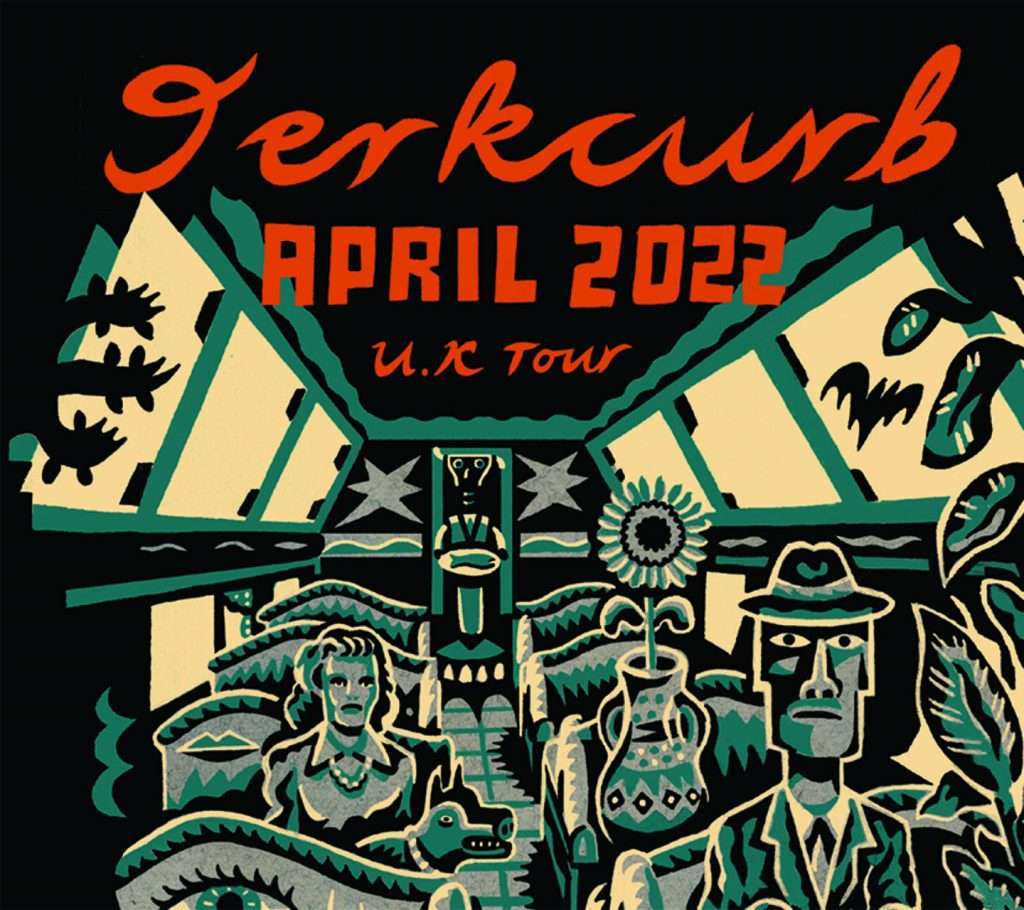 Jerkcurb is a musician & illustrator from south London. It’s tough to say exactly when Jacob Read started making music for the night. Better known as Jerkcurb, Read has been a consistent figure in London’s music scene for years, having spent most of his life between the area’s East Dulwich/Peckham bleed.

Maybe you’ve seen him perform with Horsey, a four-piece whose tunes skirt between weirdo rock and melodic noise band territory. But it’s his output as Jerkcurb that arguably stands out the most. It’s an output that’s taken time to mature, honed through innumerable live sets and semi-sporadic releases from its origins in late 2012, with each succeeding track, video and gig has laid the foundations for a burgeoning cult status.

From 2016’s Night On Earth, to his debut album Air Con Eden, there’s been a growing sense of an artist climbing into maturity and honing a distinctive cluster of themes and techniques into something instantly recognisable. Shimmering guitars, understated drum patterns and oblique, occasionally surreal tales of yearning and half-recalled losses: these are just a few of Read’s calling cards.