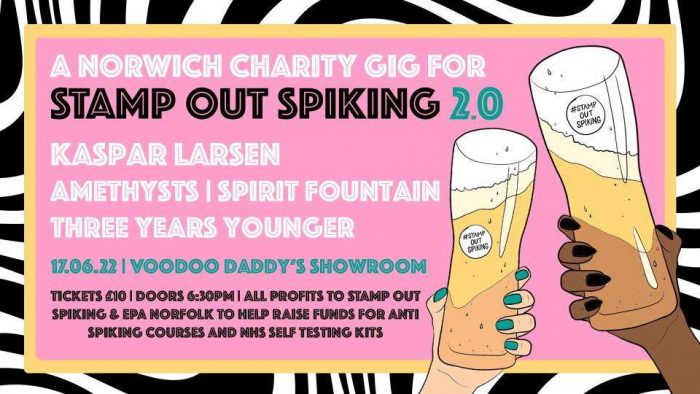 After the amazing success of Januarys charity gig we managed to raise over £1000. However, unfortunately this is just a drop in the ocean with the work that needs to be done against keeping ourselves and everyone around us from drink spiking.

Drink spiking and needle spiking is still a huge issue running throughout the city and across the UK. This charity gig will be so important to raise money for educational courses to venue staff as well as NHS self test kits so that victims will be able to gain reassurance and also be able to provide evidence to support their report to the police.

Come along and enjoy the incredible music provided by Three Years Younger, Spirit Fountain, Amethysts and Kaspar Larsen whilst supporting such an important cause.