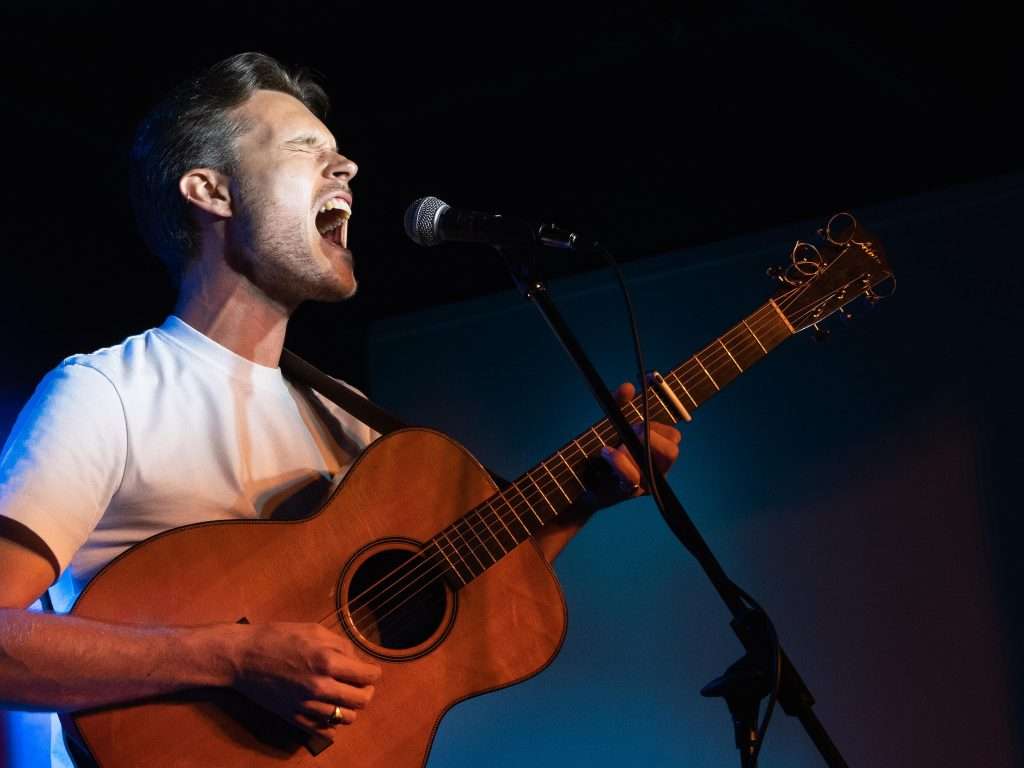 Winner of Fatea’s ‘Male Artist of the Year’ in 2014 and 2016, Luke Jackson’s five albums have all received high praise from Acoustic, Maverick and R2 magazines, the latter describing his most recent release ‘Journals’ as ‘an excellent album from a very special singer with a great repertoire, fully confirming his star potential beyond the folk scene.’

Luke has built a fine reputation for himself in the folk, roots, Americana and acoustic circuits, through his solo, duo and trio shows, many festival appearances, and opening for Fairport Convention, Show of Hands, Steve Knightley, Martyn Joseph, Seth Lakeman, Karine Polwart, Oysterband, Paul Brady and Glen Tilbrook. He regularly tours across Europe and has performed at the International Folk Alliance conference in Kansas and in Ontario. Luke also memorably toured alongside Grammy Award winning songwriter Amy Wadge.

A busy 2002 schedule sees him opening for Fairport Convention on their Winter Tour as well as more solo UK, European and USA dates in the offing.