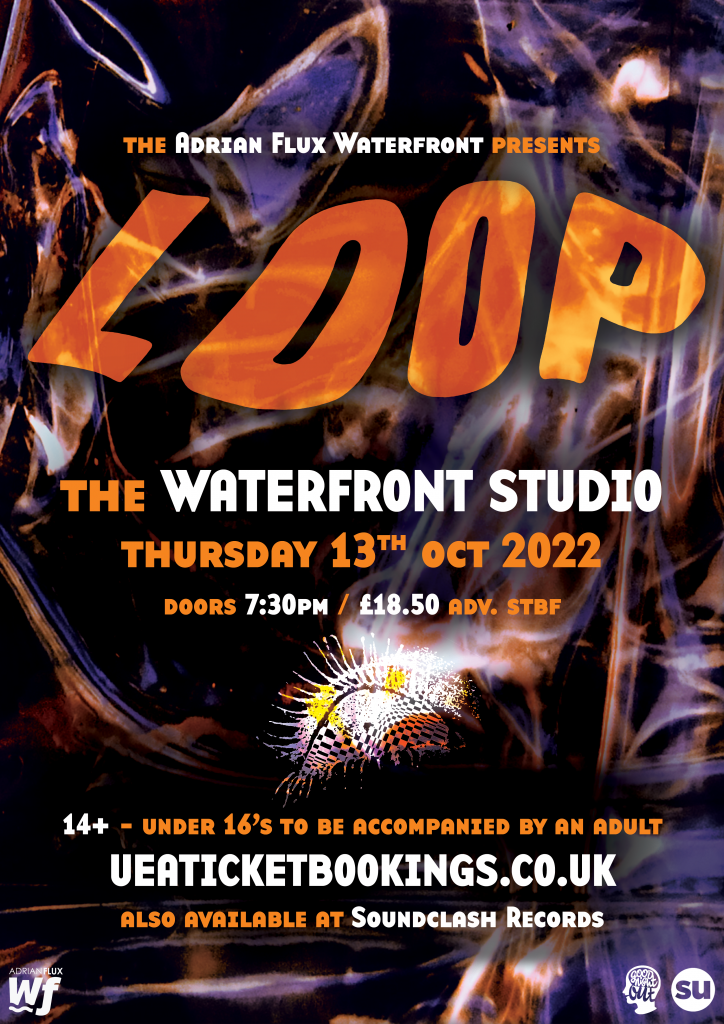 Formed in South London in the mid-1980s, LOOP blazed a trail with their potent mix of motorik beats and heavy guitar riffs, recording a trio of brilliant albums that set the indie charts alight before imploding in 1990 after the release of album number three, ‘A Gilded Eternity’. As critics enthused at the time, LOOP were the sound of Suicide jamming with the Stooges aboard a spaceship built by Hawkwind and piloted by CAN. They were post-psychedelic, pre-shoegaze figureheads in a world of anodyne pop jangle and baggy rhythms, and even their closest contemporaries like Spacemen 3 and My Bloody Valentine didn’t plough such a distinctive furrow as theirs.

Today, LOOP stand as innovators in a musical world that has embraced and followed their defiantly individual sound – there are hundreds of contemporary neo-psych artists out there who arguably would not exist without LOOP’s pioneering music, music that continues to evolve and grow in the most startling of ways on ‘Sonancy’.

Welcome to ‘Sonancy’, a sound that is most definitely LOOP.