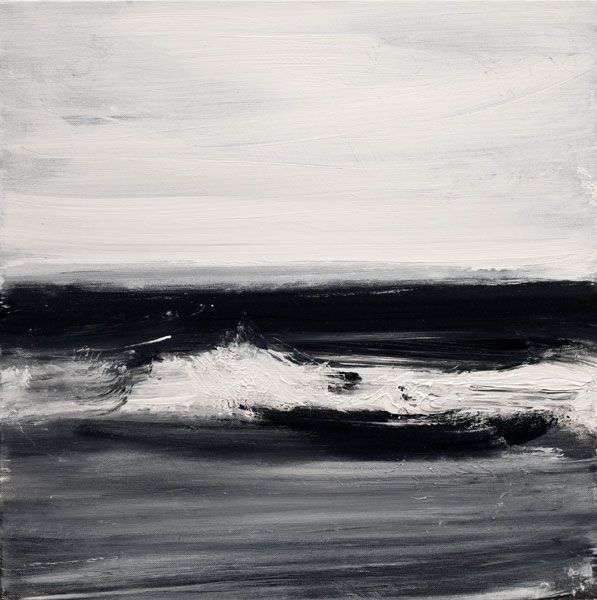 Over a career spanning more than forty years, John Virtue has established an international reputation as one of Britain’s leading artists. Landscape forms the central focus of his work, and his acknowledged antecedents in this tradition include John Constable, JMW Turner and Jacob van Ruisdael. Walking is an essential part of his activity, and expressive abstraction and Oriental calligraphy are its alternative sources.  As a result, his paintings and drawings have a dynamic aspect that goes beyond static depictions of place. From the outset, his art has proceeded from other, deeper levels of experience.

Virtue’s  small pencil or charcoal drawings made during regular walks unfold like a visual diary and have continued to be the primary source for his larger monochrome works created in the studio. There, the images preserving his original experiences yield a second phase of imaginative and expressive engagement that goes far beyond each observed motif. Virtue’s dynamic process has produced a body of work that extends the tradition of landscape painting in unprecedented ways.

Virtue moved to north Norfolk in early 2009 and began making daily walks along the shingle from Cley-next-the-sea to Blakeney Point; using the sea in all its aspects as the starting point for a new body of work: ‘’I think one’s totally mesmerised by it, hypnotised by it. It suggests, it’s so utterly suggestive on all sorts of levels, and visually it fascinates me.’’ Virtue continued his series of North Sea paintings until he left the county in 2019.

Tickets include access to Houghton Hall, Sculpture Park and Walled Gardens – £20 (Students £10, free for Under 18s)