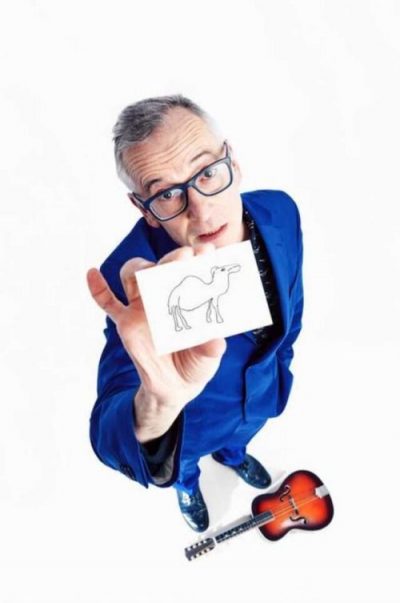 John Hegley: Drawings of Dromedaries (and other creatures)

“[an] exquisitely curated package that is unmistakably Hegley” – Chortle

Drawings of Dromedaries (and other creatures) is the new show from celebrated poet and musician John Hegley. It features a selection of John’s crayoned creatures – appearing in poems, drawings and songs across a 90-minute performance.

A pair of our titular Dromedaries emerge in the activities of Monsieur Robinet alongside the Frenchman’s faithful canine companion, Chirac. Other dogs include that of 19th Century American geologist Florence Bascomb; as well as D. H. Lawrence’s tortoise, puffins, a ladybird, a frog and half a dragon.

The show contains rhymes, stories and possibly dancing, and a number of newly composed pieces touching on John Keats’s letters and leisure activities. The singing camel (not to be confused with a dromedary) which Keats imagined in a letter to Jane and Mariane Renolds makes an appearance, although which song it sings is yet to be decided.