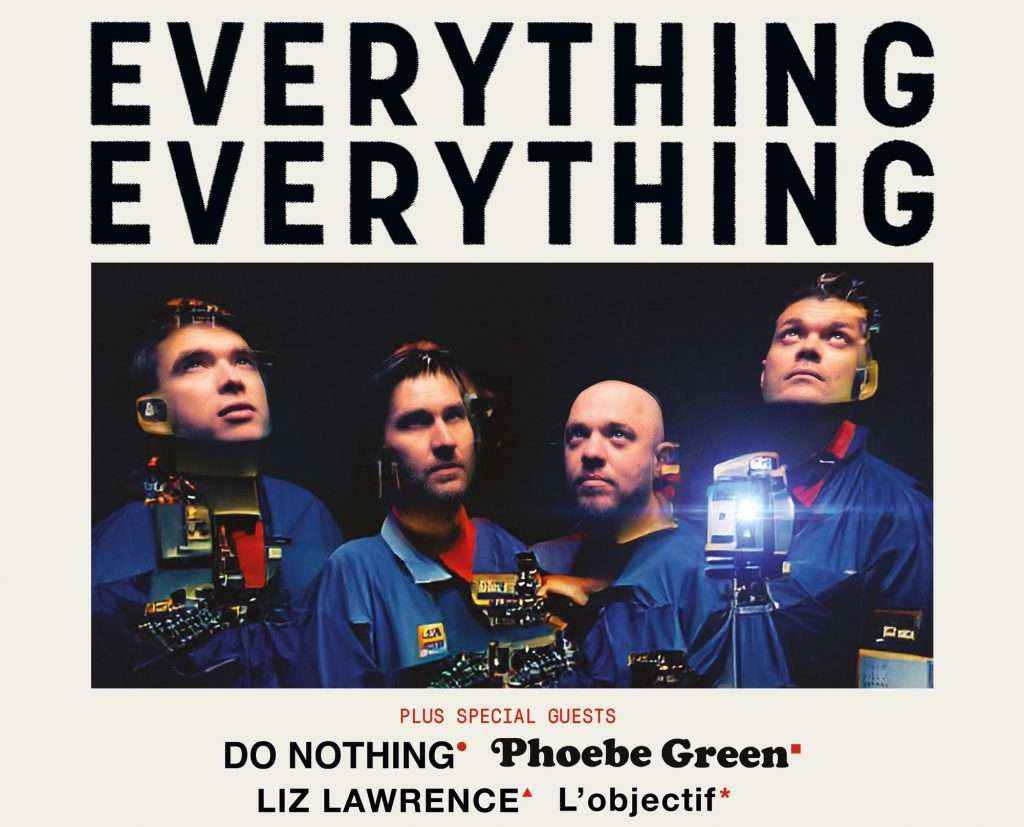 £22.50
Everything Everything have previewed ‘RE-ANIMATOR’ with the singles ‘Planets’, ‘Arch Enemy’ and ‘In Birdsong’. Buoyed by weighty concepts and a streamlined sonic approach, the band’s return has been greeted with two Hottest Records from Annie Mac, plus support from 6 Music, The Sunday Times, The Guardian, The Independent, Pitchfork, Uncut and more.
First access to pre-sale tickets for the tour, plus the singles ‘Planets’, ‘Arch Enemy’ and ‘In Birdsong’ , are all available as instant downloads for fans who pre-order ‘RE-ANIMATOR’ from the band’s official website here. Album bundles include signed albums and prints, plus exclusive merch designs.
‘RE-ANIMATOR’ follows 2017’s ‘A Fever Dream’, which debuted at #5 on the Official UK Albums Chart. It was subsequently nominated for the Mercury Prize as well as two Ivor Novello Awards