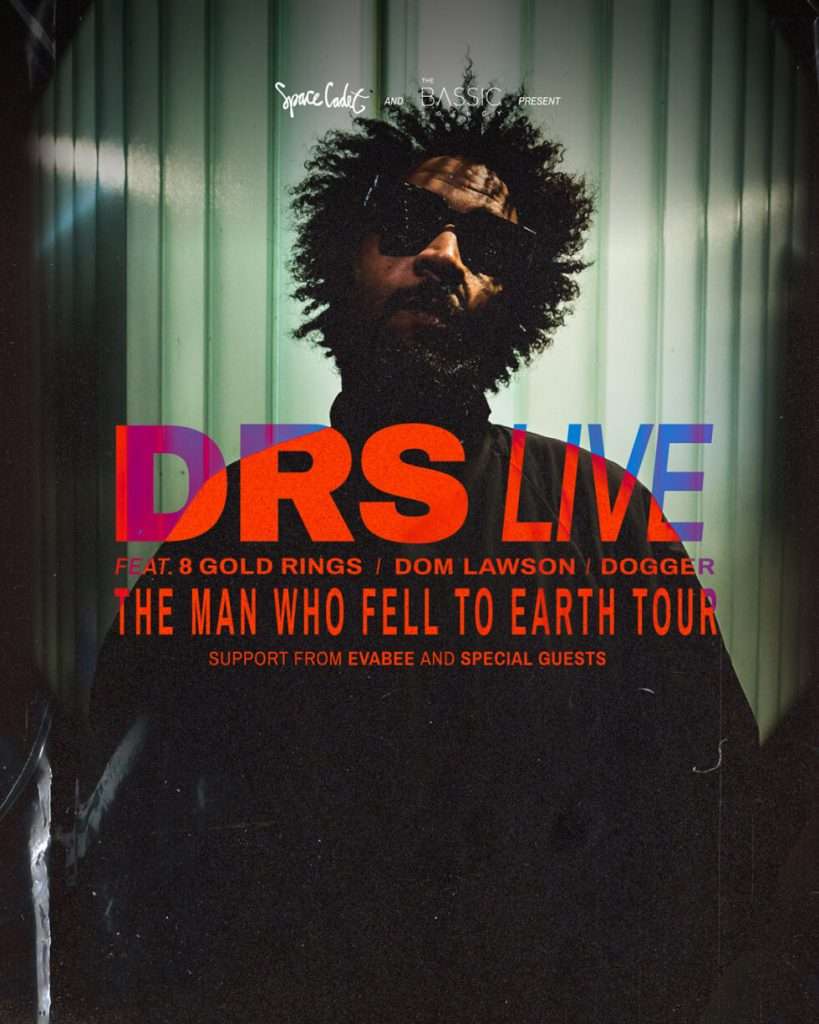 One of the UKs most influential MCs embarks on his most ambitious project to date, ‘The Man Who Fell To Earth Tour’.

DRS is a British rapper, born Delroy Pottinger. He was one third of UK hip hop trio, Broke ‘n’ £nglish, and has collaborated with the likes of Calibre, Marcus Intalex, Lynx, LTJ Bukem, Icicle and LSB.

DRS has progressed to become arguably the pre-eminent host in drum n bass, and with his full live show is breaking new ground for the host’s role within the genre, removing the ceiling that existed. Your typical MC he is not. Witness the scenes at Manchester’s Gorton Monastery as he closed the show with ‘The View’ to understand the love that’s out there for this artist.