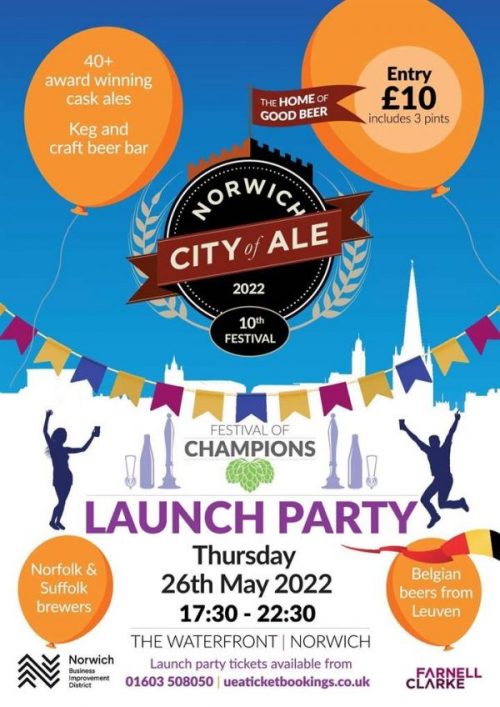 The tenth City of Ale launches in style at the Waterfront with a festival of champions as we bring together over 50 award-winning ales and craft beers – on cask and keg to celebrate the breweries of Norfolk and Suffolk.

With dozens of local ales to try and specially brewed guest keg beers and some surprise beers from Belgium arriving by boat direct to the riverside keg bar! In collaboration with Moon Gazer ales at Norfolk Brewhouse, Hoften Dormaal brewery have created some celebration beers.

Join publicans, brewers, CAMRA folk, Norwich City Hosts, City of Ale organisers, beer writers and beer lovers from near and far for a celebration of fine ale in the fine city. Beer there!

Live music with a mix of covers and originals to deliver a floor filing party set.

Thereafter all City of Ale pints are just £3.