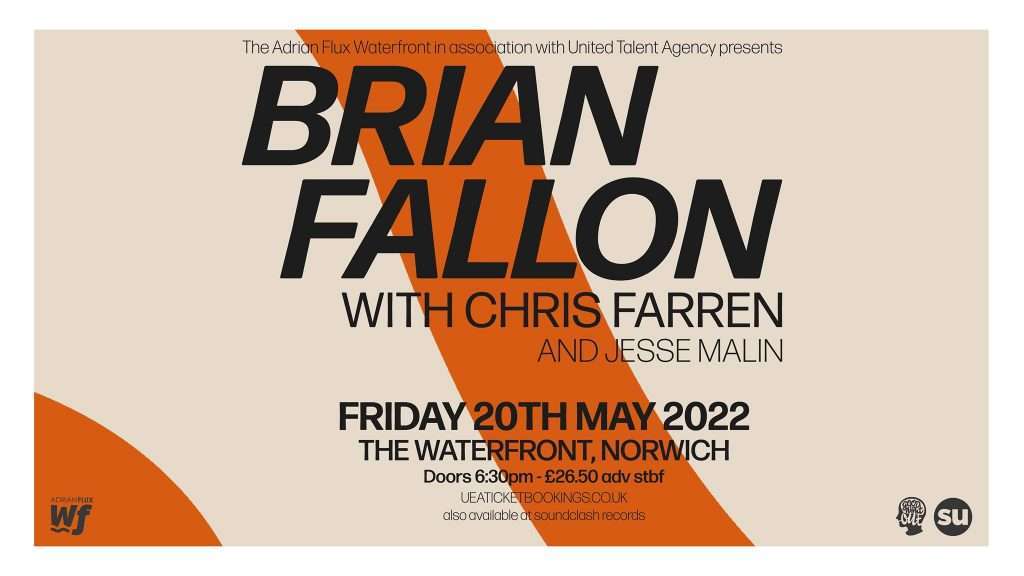 Brian Fallon returns to the UK and Europe for his first full-band tour in two years. Supporting a brand new solo album in 2020, Fallon and his band The Howling Weather will play 25 shows across the continent.

Brian first rose to acclaim as the singer/songwriter/guitarist of The Gaslight Anthem, in addition to other beloved projects including The Horrible Crowes and Molly & The Zombies. Fallon released his first solo record, Painkillers, in 2016. The album received widespread critical applause, with MOJO claiming “Painkillers suggests Fallon really was holding his best songs back,” and Kerrang! declaring it “a straight-up fantastic return to Brian’s rock ‘n’ roll roots.”

Fallon’s last album Sleepwalkers was released in 2018. Recorded in New Orleans with producer Ted Hutt – the man behind the board for The Gaslight Anthem’s 2008 breakthrough, The ’59 Sound – the album was another sterling example of Brian’s always adventurous artistry. Subsequent touring behind Sleepwalkers also stretched Fallon’s range as a live perfomer, taking him to some of Europe’s biggest summer festivals while also inspiring his first-ever solo acoustic tour of intimate venues around the world.

Please note this is a rescheduled show. All original tickets remain valid.